Microsoft recently released Preview Update KB5018496 for Windows 11 22H2. In addition to some bug fixes, this release allows users to re-open the task manager via the context menu (right-click) of the taskbar without having to make changes to the operating system’s registry.

In addition to the addition of the task manager, the taskbar has been further improved: Windows Search, for example, is receiving some visual adjustments to allow users to explore more content, including weather or Bing updates. It also becomes easier to back up through your Microsoft Account and manage the OneDrive subscription from the settings menu. 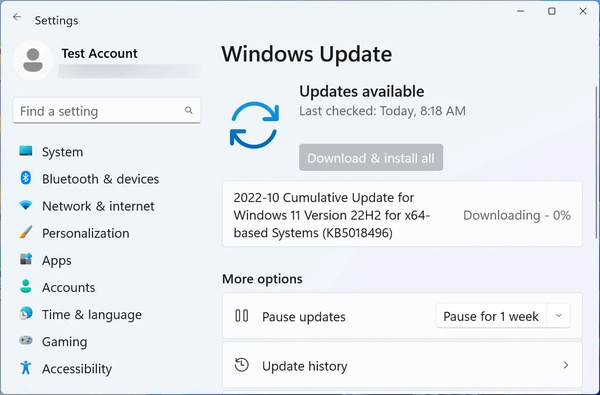 As this is a Preview, this cumulative update is not required to be installed. Most of the features mentioned above are expected to be added in the next Patch (Tuesday, November 8).

Tech & SciFi Sebastian - November 14, 2022
0
Nvidia has confirmed the availability of the RTX 3060 and 3060 Ti with new memory configurations with the arrival of the latest GPU driver....